~ Prolific filmmaker of ‘Nightmare on Elm Street’ & ‘Scream’ partners with Steve Niles, creator of ‘30 Days of Night’ to Launch His First Comic Book ~

NEW YORK, NY— October 30, 2014 – Liquid Comics announced today that legendary filmmaker, Wes Craven (Scream, The Hills Have Eyes, Nightmare on Elm Street) has launched his first comic book series as a digital exclusive on Amazon in time for Halloween. The new series, “Coming of Rage,” was created and written by Craven working with acclaimed graphic novelist, Steve Niles (30 Days of Night, Criminal Macabre, Wake the Dead). The five issue comic series brings together two masters of the horror genre working together for the first time.

“About a year ago I had the beginning of an unwritten joke come into my head: A Vampire, a Werewolf and a Zombie walk into a bar. Just that. What was the punch line? Who cares – I just liked the sound of it. My imagination went crazy thinking about what could happen when three such impossibly different characters were thrown together.  I’d never seen anything like it, and I wanted to know their story. So, it had to be written. I met with comic book legend Steve Niles. We hit it off, and decided to beat out the story of a very special young man’s coming of age, and the two unlikely friends who helped him to survive it. After a bit of hard, fun work, a series of comic books was born, telling not only the story of how these three ended up on the run together, but how the central character, Ritchie, lost his innocence and became one of the most powerful vampires in the world.”–Wes Craven

“Wes Craven is not only a great writer, producer and director, he is one of the most knowledgeable people I’ve had the honor to work with. I not only had fun working on ‘Coming of Rage,’ I also learned a great deal,” added Niles.

The first three issues of the comic series were released together for fans this week as a special the Halloween digital exclusive on Amazon’s Kindle platform, available at: http://amzn.to/ZYGgkt

Producer Arnold Rifkin of Cheyenne Enterprises (Hostage, 16 Blocks, Live Free or Die Hard) and Liquid Comics are now working with Craven on developing a television adaptation of the comic book series. Craven is represented by WME and Industry Entertainment. 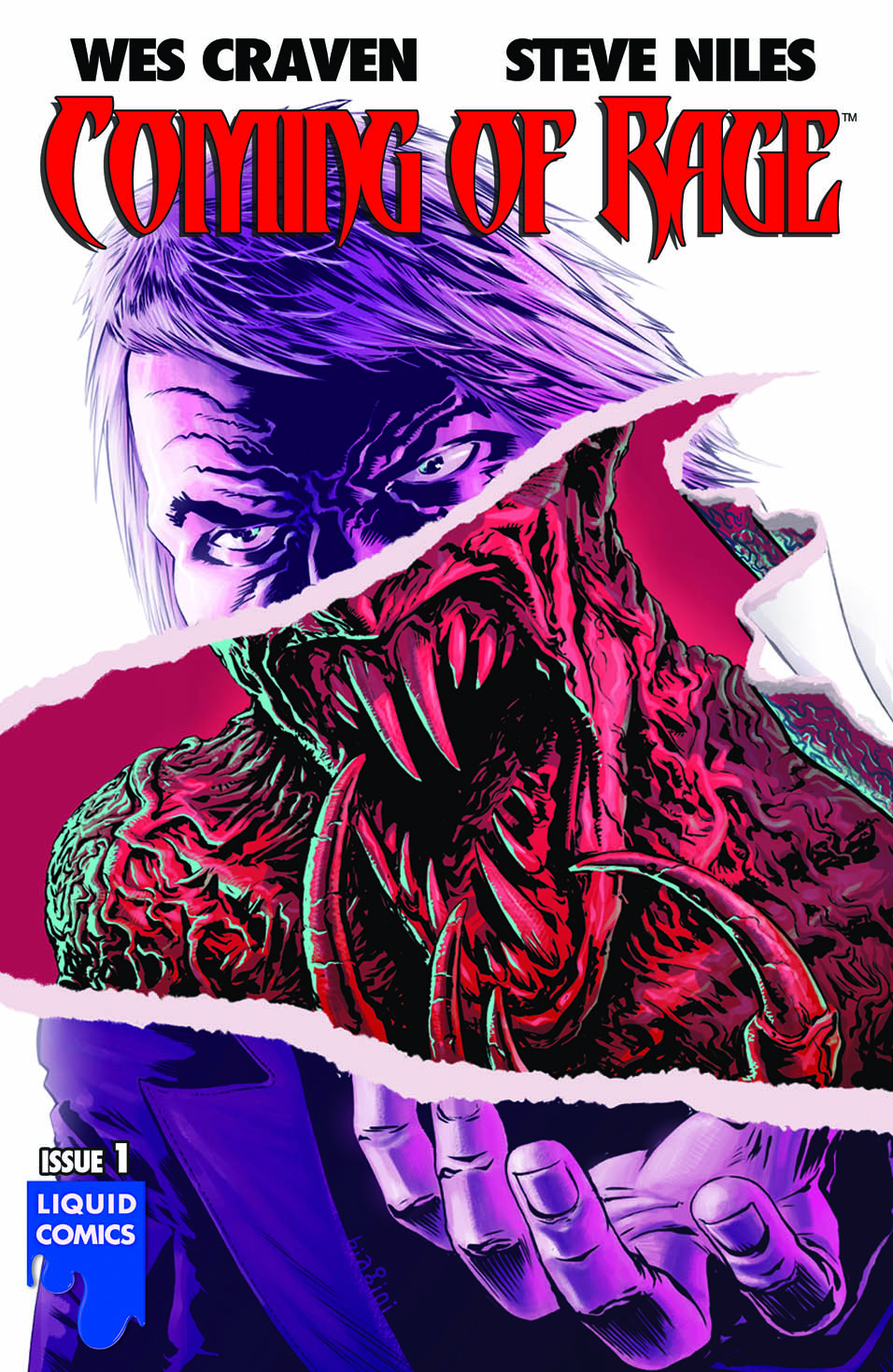 Liquid Comics is a digital entertainment company focused on creating cinematic and mythic graphic novel stories with filmmakers, creators and storytellers. The company was founded by entrepreneurs Sharad Devarajan, Gotham Chopra and Suresh Seetharaman and uses the medium of digital graphic novel publishing to develop properties for theatrical live-action films, animation and video games. Liquid Comics has created and is creating original graphic novels with acclaimed filmmakers and talents including John Woo, Guy Ritchie, Grant Morrison, Dave Stewart, Marc Guggenheim, Jonathan Mostow, Edward Burns, Nicolas Cage, John Moore, Wes Craven, Barry Sonnenfeld and many others. The company currently has a number of film and television projects in development based on their properties.